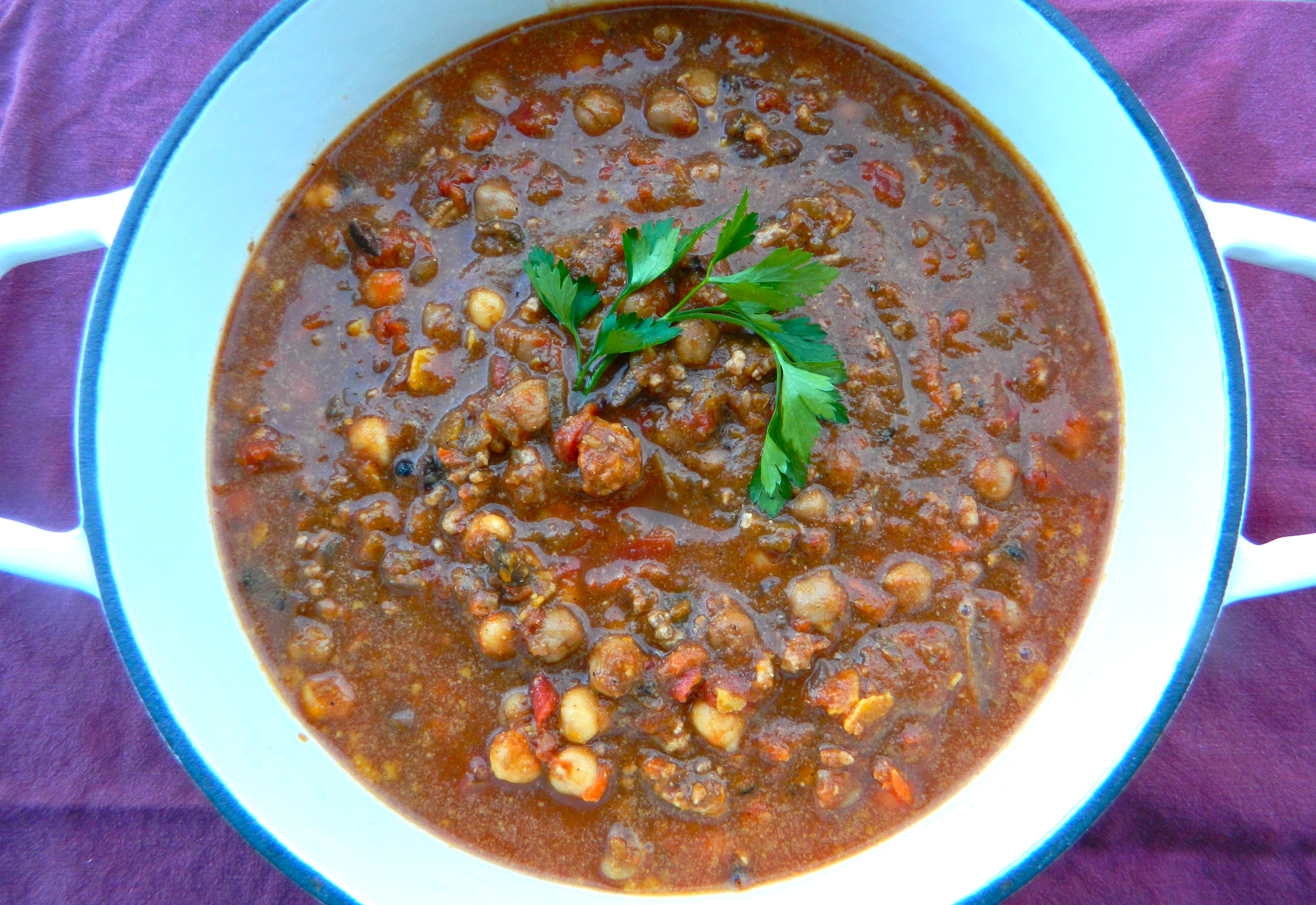 With so many factors that determine people’s preferences with meat (sustainability, religious, cultural reasons and animal rights, just to name a few), getting meaty is a hot topic.

Let me just preface this post by saying that I think that everyone has the right to choose the right fit for them, based on any of those factors. But today, I just wanted to address the topic purely from a health standpoint.

And perhaps, from a slightly interesting perspective, as someone who grew up never having a bite of red meat (thank you, progressive hippie parents of mine, who stopped eating it themselves in college).

Meat has always been a funny topic in my family, mostly because it was the reason that my parents met  in the first place– my mom newly into vegetarianism and studying public health in college, wandering in the kitchen of their group boarding house. Dried beans or fresh carrots in hand from the co-op, I’m sure; beautiful hair flowing down her back. My dad, back turned at the stove, cooking all he knew how to at the time: liver and onions. You can be sure he got a earful. Love at first argument.

Well, my mom won that one.

So much so that by the time I was born, it was just a normal way of life.

But, as a kid in the late 80’s, not eating hamburgers, bacon, hot dogs or pepperoni pizza was a weird thing. It didn’t matter that I ate chicken, fish and turkey (aka white meat). It was just as weird. So, I would quietly pick the grease puddled pepperoni off my pizza, as gaping little eyes stared back in disbelief. Or snatched it right off my plate.

At least I got used to being the different kid around food pretty early in life. Thanks M + D. It was definitely not the last.

And at the time, my parent’s decision was right in line with the diet and health studies coming out: that fat, and saturated fat was to be avoided because it made you fat, caused heart attacks and could increase high cholesterol. And meat (red meat especially), had a lot of saturated fat.

So a low-fat diet was what we ate. Vegetables, yes. Steamed and without cheese, butter, or anything good on top. Some chicken, fish or turkey, but rarely. Bean burritos when we went to Taco Time. Cheese pizza. No bacon at sleepovers, but plenty of pancakes.  But mostly a lot of pasta in red sauce and “whole wheat” PB + J’s in my lunchbox.

To me, it was just normal.

And then, as I got older, a total aversion to meat came—even the “white” stuff. I blame the sorority cook in college, who’s idea of dinner was massive vats of glowing white chicken topped with even more gleaming white garlic chunks from a jar. Can you blame a girl?

And I guess that all happened at the same time that my trendy nutrition books were also confirming that meat was bad choice.  4 years of being vegetarian quickly turned into a year of mostly vegan eating.

And then, soon after, I went back to eating the white stuff after I made myself allergic to soy products from overconsumption of them, in following the vegan rules.

But, oh, how times have changed.

First in that I don’t pay attention to the trendy diets anymore. Thank god.

And second, in thinking about food, for me it’s more about the quality of what you’re eating that matters more than the calories, protein, carbs, fat, saturated fat, or whatever the marketing message is on the front.

As in: what’s in it? Where does it come from? Is it a normal, natural, real food that your body knows what to do with for energy?

My sister, a real food convert herself, and always the rebel in the family, decided one day last year that she was going to have a burger. The best burger in Seattle, mind you. I was shocked at first—“What?! You’re going to eat red meat?! Why? Who cares? And why start now?”

She looked at me and said—“Well. It’s organic and grass fed. If it comes from a good source, isn’t that a real food?”

Which is how I started trying a few bites here and there—mostly ground lamb or beef in burger form. And I liked it. A lot.

And yes, meat has fat. And saturated fat. But those aren’t as evil as we once believed—especially if they naturally occur in the food. I actually think most people need to be eating more good quality fats—avocados, unrefined coconut oil, wild salmon, walnuts, flax seeds, etc, so they can lose fat on their bodies. Ironic, but true.

This is no longer the 90’s. We have to leave that old school thought behind, and pay attention, because we eat things that are way scarier, and having even more of a bad impact on our health, hearts and minds than humanely raised and clean meat.

What do I mean?

Man-made food. The low-fat, chemicalized and re-engineered food.  Like mac and cheese, soymilk, tofu, cereals, and chips and cracker snack foods (yes, even from Whole Foods). Which if you are vegetarian (or vegan), these foods could be a daily part of your life and diet.

Not all vegetarians and vegans, of course. But many people that say that they don’t eat meat to be healthier, are often times eating things that are just as unhealthy.

But, let me be clear that while meat CAN be a healthy real food, most of the stuff we commonly see in the store isn’t even close to that.

So, it is important to be very careful and aware of what you are eating and buying. And paying attention to how your body feels when you eat it.

Sticking with organic, grass fed and healthy meat [from animals that have been raised without hormones, antibiotics, pesticides fed food they can digest, and have access to fresh air, sunlight and water] is definitely the way to go, so you can minimize those factors, and minimize ingesting those things into your body as well.

And learning how to eat it so that it’s not the center of every single meal, but supplementing with beans, lentils, veggies, avocados, seafood, etc. Using meat in things like stews and soups so you get more meals out of it, instead of just grilling a piece plain.

I used organic, grass fed ground lamb (I will never be a fan of huge chunks of meat- probably more of a texture thing than anything else), but you could also use ground turkey, chicken, pork or beef, or keep it totally veggie based. To each their own, as always.

Healthy, happy eating to all 🙂

Notes: great served on it’s own, or over cooked quinoa or rice. Can be made with or without the meat. Can be made in a crockpot as well if you start with the meat on the bottom, and add the rest of ingredients in on top.

1 carrot grated (or chopped if you prefer)

1 TB paprika (or Hungarian paprika if you have it)

Directions: In a soup pot, heat approximately 1 TB coconut or olive oil until it warms. Add onion and garlic and sauté for 3- 4 minutes. Add ground meat and sauté until almost cooked through. Then, add grated ginger and carrots. After 3 more minutes, add sweet potatoes, olives, apricots/dates, tomatoes, broth, beans and spices. Bring to a boil, then reduce heat and cover with a lid for 30 minutes. Adjust seasonings as you see fit. Serve garnished with cilantro or greens.

For more great seasonal recipes like this one, check out our legendary Seasonal Meal Plan.

Download a free 3 day sample of the meal plan here and take it for a test run! 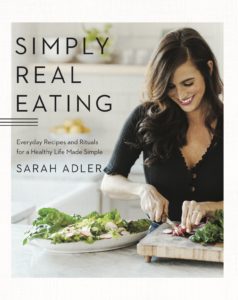 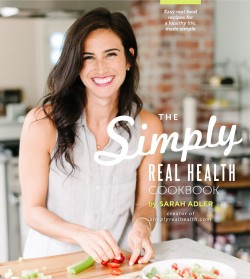 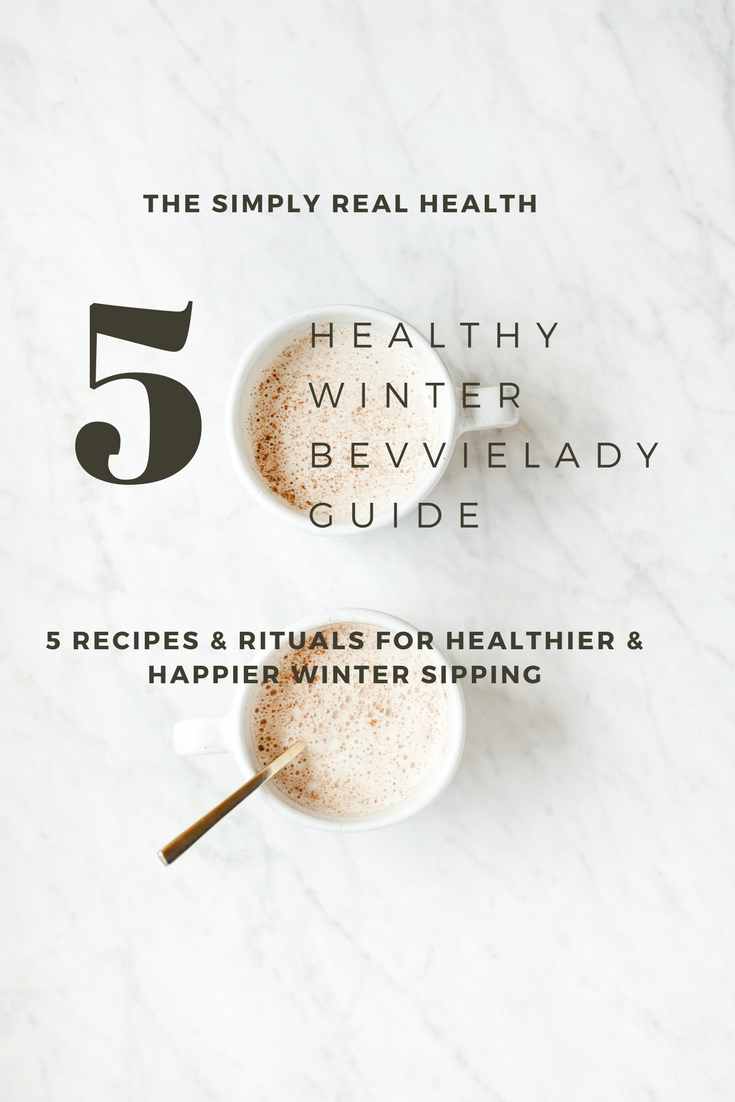 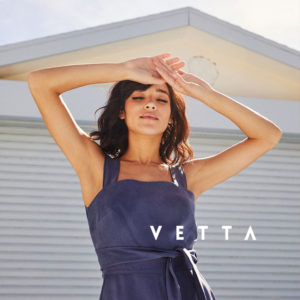 @simplyrealhealth
This error message is only visible to WordPress admins


Error: API requests are being delayed for this account. New posts will not be retrieved.

Make sure this account has posts available on instagram.com.

Error: admin-ajax.php test was not successful. Some features may not be available.

Please visit this page to troubleshoot.